A Little History about IRONMAN

Ironman began in the year of 1978 when a Navy Officer stationed in Hawaii, John Collins, was in a ceremony awards in Waikiki swim club. He and other athletes were having a conversation about which athletes were the fittest was it swimmers, bikers or runners?

John Collins that night with his wife Judy, had the same conversation and that’s when they decided to combine these three sports into one, that’s how this IRONMANTriathlon Championship came to be.

This competition started with 15 contestants including Collins and they gave out 3 sheets of paper with the rules but the last page said: “swim 2.4 miles, bike 112 miles and run 26.2 miles tell it your whole life”.

In the year 1981, the Ironman Triathlon was introduced to the Big Island of Hawaii because it was less urbanized then Oahu. 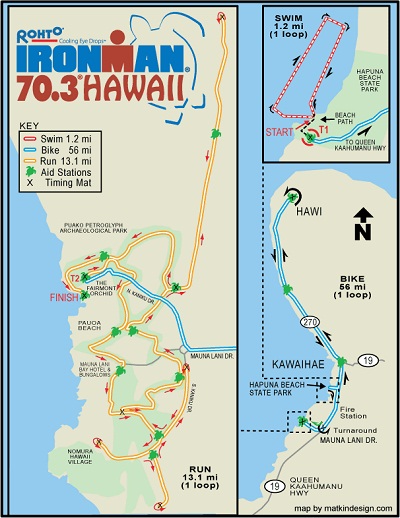 Here is the Ironman route for Kona